Vasant Panchami is one of the major festivals of Hindus and highlights the coming season of spring. It is usually celebrated in Magh, which lies between the months of January and February. The festival is widely celebrated in the different states of India.

What Do People Do On This Day ?

Vasant Panchami is dedicated to Goddess Saraswati, the devi of knowledge, music, arts. Due to this reason, it is also known as Shri Panchami and Saraswati Panchami. On this day, young girls dress themselves in beautiful, clean yellow dresses and participate in festivals held on this auspicious day. Also, the Hindu devotees celebrating this Saraswati Puja Holiday offer yellow fresh, pleasant flowers to their friends, family members and to God and Goddess. Ladies of the house, wash and clean the whole house and prepare a special pastry called Kesar Halwa, made up of flour, sugar, nuts, cardamom powder.

It is a public holiday on Vasant Panchami. Since, schools, colleges, corporate offices do not operate on this day, every year it’s Vasant Panchami School Holiday and Vasant Panchami Office Holiday. However, if we talk about private schools or private offices, they are operational.

Vasant Panchami 2017 date is 1st February. During this special day, India’s crop fields’ are filled with yellow color, due to yellow mustard flowers that blossom at this time of the year. During the worship of Goddess Saraswati, pens, notebooks, pencils are placed on the feet of this devi. On Vasant Panchami, sweets with a yellow hue are distributed among family members, relatives, and friends. Students can be seen donating their old books, pens, pencils to the poor children who cannot afford to go the school to learn and gain knowledge.

Many of you must have heard about Shattila Ekdasi, but you all might have one question in your mind, What is Shattila Ekadashi ? Shattila Ekadasi, or Shatthila Ekadashi is an important day for all the Hindu devotees and is dedicated to the Lord Vishnu. It is observed during the waning phase of moon in the month of January/February. On this day, people following Hindu religion abstain from food completely. It falls on the 11th day of every lunar fortnight, due to which there are two Ekadashi in a month.

The significance of Sattila Ekadasi was narrated by Lord Krishna to Yudhishtira and is found in the Bhavisyotara Purana. It is highly auspicious for devotees to take bath in the water mixed with til (Sesame) and to offer oblations to dead ancestors with the sesame seeds water on this day. Shattila Ekadashi vrat date in 2017 is January 23rd. It is good to go on a fast on this religious day as in Hindu religion, Upvaas is meant to bring a devotee close to Brahman and Lord Shiva.

What can be eaten on Ekdashi ?

All the devotees who fasts on the day Shattila Ekdashi avoid food made of rice or grains and consume Sabudana Khichadi with potatoes and ground nut without onion and garlic. Apart from this, food that includes fresh and dried fruits, milk products, vegetables and nuts can also be eaten by a devotee. Ekadashi fasting not only purifies the body of a person, but also brings peace to the mind. Also, it is observed that practicing Ekadashi vrat cleans the body and digestive organs of a devotee. So, if you are fasting on Shattila Ekadasi, forget about all the rules and regulations, or what you will gain from this auspicious day.

5 Indian Wedding Traditions in all Cultures

India is such a great collection of traditions and cultures that even a lifetime is not enough to know all of it. And when it comes to marriage in India, the whole world goes into a series of amazing rituals and traditions. Although every part of the country has few different rituals, there are many that are common among most of Hindu weddings.

Here is a list of 5 Indian wedding culture and traditions:

Like every great movie has a great trailer, every big fat Indian wedding begins with an Engagement Ceremony where the soon to be bride and groom exchange rings. It is like a teaser of the coming wedding because it has music, food, relatives and a lot of fun. 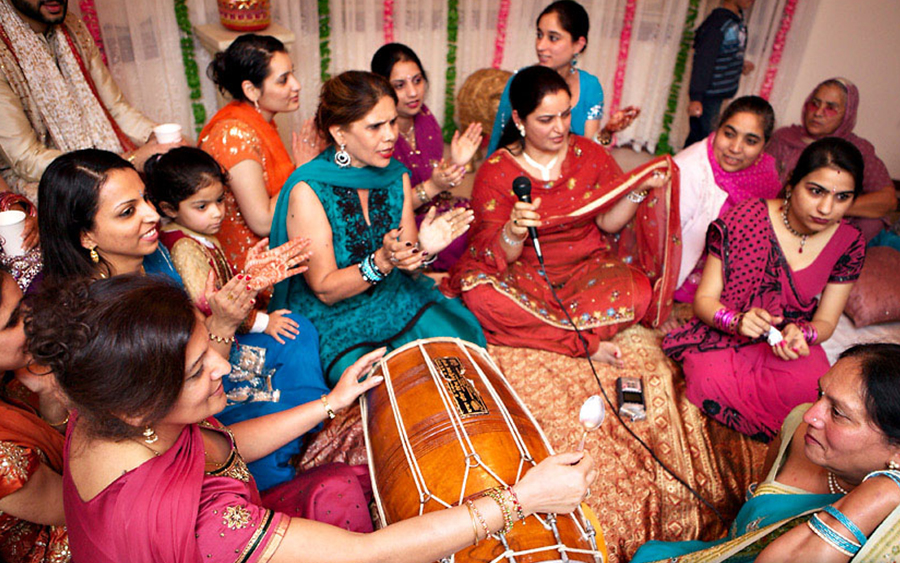 These traditions are held at the girl’s house and are held one day before the wedding where relatives get together to celebrate with music.

On the day of wedding, the groom takes a fully dressed procession of his relatives called the baraat towards the bride’s home. While at the bride’s house, all the necessary arrangements are done to please the coming baraat. The best caterer and tent house is deployed in order to make the finest arrangements. After arrival of baraat begins the main event where so many big and small rituals are done like swagat, var maala, kanaya daan, feray and many more.

After the wedding, the bride says goodbye to her family and friends in order to start a new life with groom. 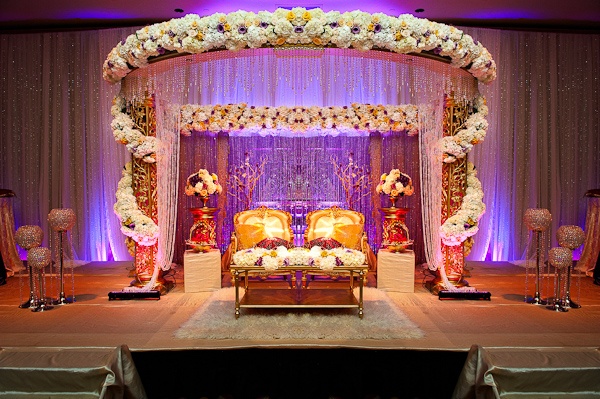 After the wedding, the groom’s family throws a get-together inviting all relatives to bless the newly wedded couple.

The festival dedicated to spiritual and academic teachers, Guru Purnima will fall on 19 July this year. It is an important Hindu festival as it has both religious and spiritual significance. It is traditionally celebrated in India and Nepal by Hindu, Jain and Buddhist community. According to Hindu calendar, this festival is celebrated in the Hindu month of Ashadha which is June–July on full moon day which is also called Purnima. The Guru word is made up of two words and translates from Sanskrit to the one who removes the darkness of our ignorance. The celebration begins with Guru Puja and has a great importance in India.

Different communities have different reasons for Guru Purnima celebration. The Buddhists celebrate this festival in honor of the lord Buddha who gave his first sermon on this day at Sarnath (Uttar Pradesh, India). The saint (yogi) community celebrates the day as the occasion when Shiva became the first guru, as he began the transmission of yoga to the Saptarishis. Hindus celebrate the day in honor of the great sage Vyasa, who is seen as one of the greatest gurus in ancient Hindu traditions and a symbol of the Guru-shishya tradition. The wandering monks (sanyasis) also observe this day by offering puja to their guru.

The legends behind the festival also vary from community to community. In Hindu legend, Guru Purnima is the day of birth of Krishna-Dwaipayana Vyasa, the author of the Mahabharata. In the yogic teachings, it is day of birth of the Adi Guru, or the first Guru. According to Buddhist history, Buddha gave his first sermon to the five monks on this day. In India, the spiritual Gurus are respected on this day by a remembering their life and teachings.

This year, the annual Jagannath Puri Yatra will start at 6th July. This Hindu festival will be held in Puri city in Odisha, India. The oldest rath yatra in the world that dates back to 10th century is associated with Lord Jagannath and is celebrated on ‘Ashadha Shukla Paksha Dwitiya’ according to the Hindu calendar. The three deities of Jagannath, Balabhadra and Subhadra are taken out in a grand procession from their home temple, Jagannath Temple, to Gundicha Temple where these deities stay for nine days. Afterwards, the rath yatra carrying the deities returns back to the home temple. 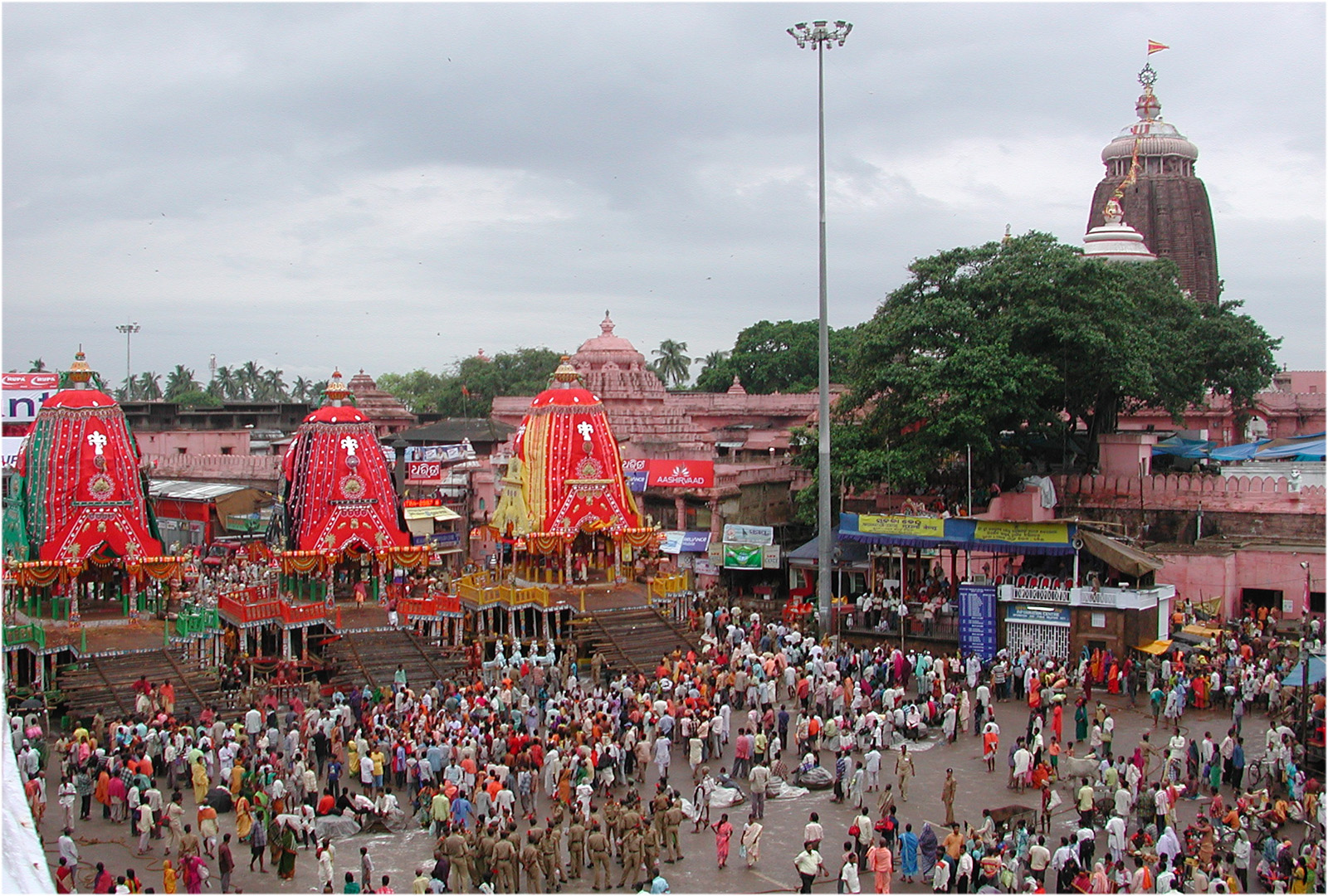 Rath Yatra translates to Chariot journey and is very important festival in Puri. Thousands of devotees come to Puri every year to be a part of this amazing rath yatra. During the festival, three well decorated rath (chariots) that resembles the structure of a temple are pulled through the streets of Puri that marks the journey of Lord Jagannath, Lord Balabhadra, and their sister Subhadra to Gundicha Temple which is their aunt’s temple. Thousands of devotees come to Puri in order to help pull the Lord’s Rath which is considered a sacred deed. Devotional songs among drums, tambourines, trumpets, etc are played throughout the yatra.

Wood from special trees like phassi, dhausa, etc are used to create the three chariots for Balarama, Subhadra and Jagannatha. These chariots are decorated as per the unique scheme prescribed and followed for centuries stand on the Bada Danda, the Grand Avenue.